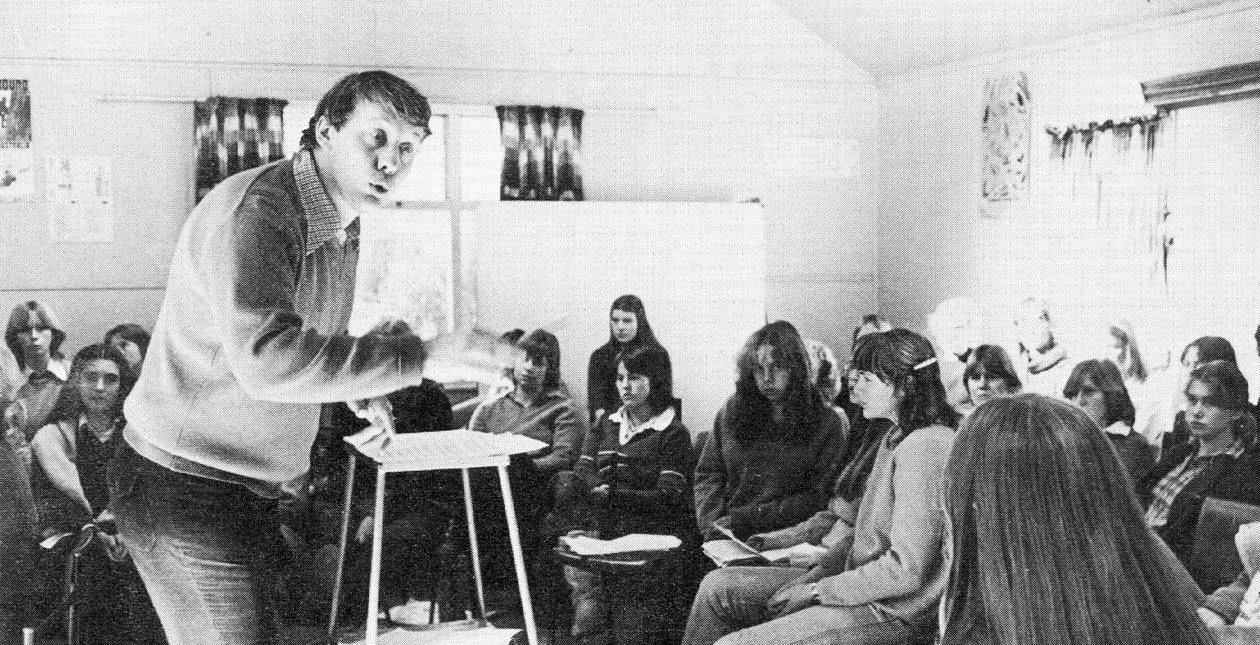 Peter Ross built on the strong tradition of outstanding music teachers at MHS. Joining the School in 1975, Peter quickly became deeply involved with the music programme. Taking over the School Choir at the end of Term 2 from Mr Bates, Peter arranged their music and organised a successful Choir trip in 1976 to Albury. He was promoted to Director of Music from 1977, replacing Geoffrey Bellsham-Revell. 1979 saw an expanded tour of Northern Victoria with 37 students performing at a number of towns in a trip overseen by Peter. He also conducted Music Camps at Tecoma; was involved in the concert and dance for the Jubilee; and formed the group the MHS Singers. In 1978 he took a year’s leave to study at Columbia University in the USA, completing his Masters of Arts. Peter Ross left MHS in 1979 to become Director of Music at Wesley College. Peter returned most years to attend Chorals, a sign of his enduring support for the School’s music program. Peter was also a long time supporter of the MHS Foundation.

Lou Barberis noted in the 1979 Speech Night Programme:
I cannot speak too highly of the contribution of Mr Ross since his appointment to the school in late 1975. His musical talent, his impressive presence, his scholarship and his devotion to his task have enlarged the musical perspectives of the school and ensured the continuation into the future of its fine musical tradition. We offer Mr Ross our congratulations on his appointment and our best wishes for fulfilment of all his ambitions.