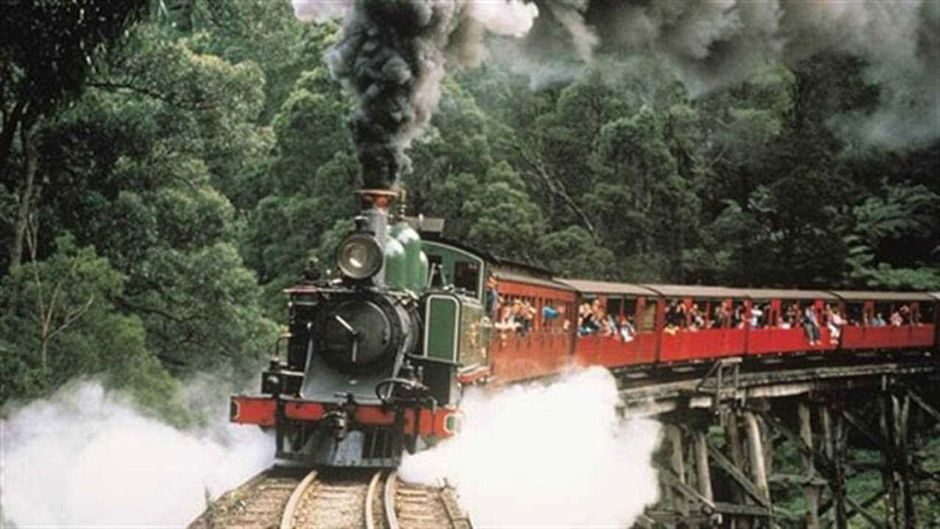 Donor story: A lifelong love of trains is helping fund our classrooms for a new century!

Old friends since primary school, Phil A’Vard AM (ex 1954) and Graham Watsford (ex 1952) shared a lifetime love of railways. While at Melbourne High School, they both had a passion for building model trains, and won many competitions with their collective work.

On leaving school, they were foundation members of the Puffing Billy Preservation Society and in the 1950s helped rally volunteers to get the decommissioned train line between Upper Ferntree Gully and Belgrave operational again. It became only the second operating preserved railway in the world and has become one of Victoria’s most popular tourist attractions since.

Alongside their love of trains, both Graham and Phil had long and successful careers. In his final year at MHS, Graham shared the role of Dux, taking an exhibition in mathematics at the Matriculation examinations. In his University days he was awarded a scholarship in mechanical engineering at an American university and on return was employed as a production engineer at the Government Aircraft Factory.  In later life he was the chief engineer at the Peter McCallum Hospital.

Phil studied to be a teacher but abandoned this (for a time) to work at the Princess Theatre as an actor and stage manager. A successful career in theatre and television alongside teaching, followed. In the 1960s he was engaged by Monash University to head up their newly opened Alexander Theatre where among other things, he pioneered a long-running children’s theatre programme. The two men remained firm friends throughout their lives, with Phil supporting Graham during his battle with cancer.  Before Graham died in 2018, he bequeathed his significant collection of model railway equipment to Phil, saying he could do what he liked with it.

After careful consideration, Phil decided to sell the collection and donate the funds to MHS, the school that Graham loved and supported throughout his life.  In memory of Graham Watsford, Phil A’Vard has provided a matched donation for the 2020 MHS Giving Day on the 25th March when our community will come together to raise funds for our classrooms. For 15 hours only donations will be matched by our generous matching donors.

Donate and follow the countdown at www.charidy.com/mhs or volunteer your time to make the day a success here